Paul Zinger and his girlfriend, who had organised the trip for his 40th birthday, were visiting the famous fountains on La Rambla when the white orbs flew over the BBVA bank building.

The painter and decorator, who lives in Clitheroe, Lancashire, estimated there were at least 100 objects moving in different directions.

And Paul managed to film them using his smartphone while out sight-seeing after suffering a bout of food poisoning.

UNCLASSIFIED: Extraterrestrial objects spotted on the Moon and Mars

Daily Star Pictures brings you the most mysterious images of strange objects spotted on the Moon and on Mars.

Can you spot these extraterrestrial objects?

Paul said: “It was amazing, there were at least 100 if not more in the sky. The footage I took doesn’t show how many were there.

“The holiday was a surprise 40th birthday present from my girlfriend.

“We both got food poisoning so the only time we spent outside was basically a couple of hours on La Rambla.

“The Rambla was chocca with people.” 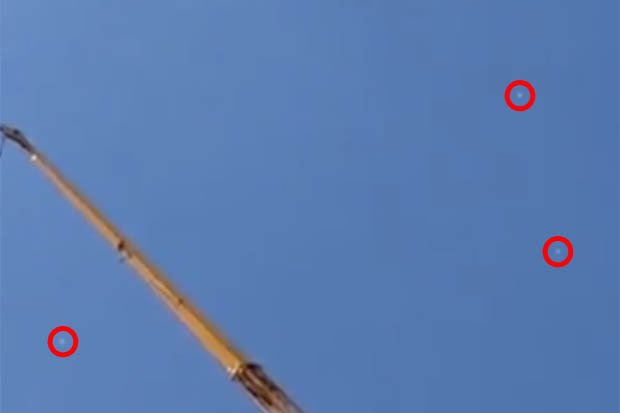 
UFO: Footage shows dozens of strange orbs charging through the sky in Barcelona

“I think there was more than 100 objects. I watched them for ages.”

Paul has several theories about what the objects could be.

He said: “I’ve asked myself the question many times. When you see objects like this it truly changes the way you view the world. 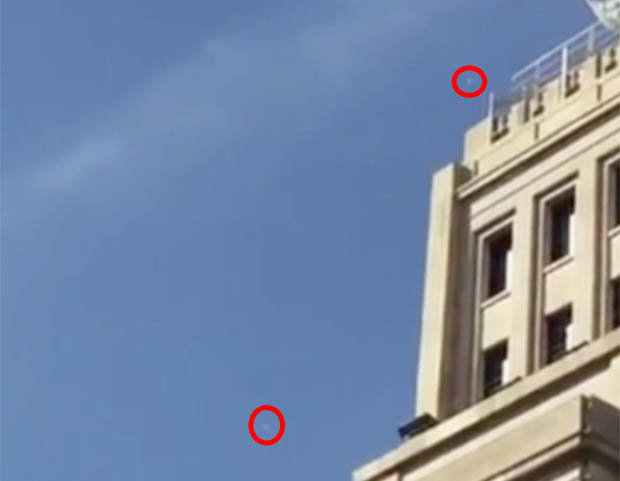 
BIZARRE: The painter believed there were at least 100 of them

“Based on that view, they could be used to manipulate the masses so it could be government, military or extra-terrestrial.


“They could be used to manipulate the masses so it could be government, military or extra-terrestrial”

“The anomalous nature of these things doesn’t necessarily mean they are energy, the could be physical, probes of some description that might have a larger mother ship.

“They might affect crop circles to make us wake up a bit. They might be benevolent in that the formations they usually end up configuring into are constellations. Maybe they are saying that we need to get to those and let Earth heal. I really don’t know.” 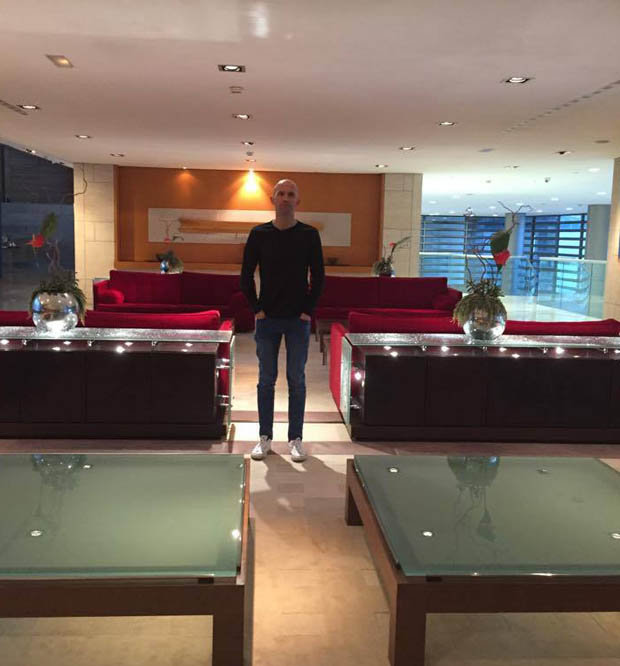 The truth is out there, these rare photographs of UFO sightings date back as far as 1870. In celebration of World UFO Day 2016, we take a look at the sightings seen across the globe

UFO Sighting, an Unidentified Flying Object in the sky over Bulawayo, Southern Rhodesia

The ex-cop, who probed the 7/7 London bombings, told The Star: “I do not believe that they are lanterns as there is no orange glow, nor do I believe them to be balloons.

“I count 7-8 white objects during the clip. I’ve also picked up on another aspect of the clip, at 38-39 seconds in there is a very fast flashing to the left edge of the building, when you go frame by frame a very bright white object flies through the shot, it may also be rotating as the sequence goes black, white, black, white.
“As far as I’m concerned they appear anomalous.”

It comes as UFO experts were amazed by video footage appearing to show seven glowing orbs above Lake Michigan.