Between the 26th and 28th December 1980, in a dense wooded forest in Suffolk, there were multiple reported sightings of an unidentified floating object. Rendlesham Forest was the location for Britain’s most renowned UFO spectacle.

The spectacle took place a kilometre away from a US controlled military airfield (at the time), where Lieutenant Colonel Halt witnessed something come down from the sky and land within the dense pine forest.

A patrol was sent into the forest to identify the aircraft. The men witnessed flashing lights rapidly darting in and around the dense woodland, lighting the entire forest around them as they followed it.

The next morning, radioactive readings were taken by Colonel Halt and his team. On a recording now known as ‘Halt’s Tape’, the voices of the man can be heard as they retraced the patrol’s footsteps from the night before.

Joe Reddy, a photography graduate from London College of Communication, has created a visual account of the area over thirty years later.

“A certain atmosphere remains in the wake of such a spectacle, and till this day people from all around come to visit this historic sight,” he says. “Raising the question, does an atmosphere exist at all? Or is it all based of ones narrative of the space?

Reddy talks exclusively to BJP about the creation of the project.

‘Above the Pines’ started as my Final Major Project for my degree show at London College of Communication, and was my idea of finishing on a big finale. I was originally focusing on the area of Orford, which is about six miles away from Rendlesham forest. After reading the novel Rings of Saturn by W.G. Sebald, I was inspired to investigate this “strange and mysterious area” as he describes it in his book. It was from researching the area that I came across the UFO spectacle and decided that was the path I wanted to pursue. 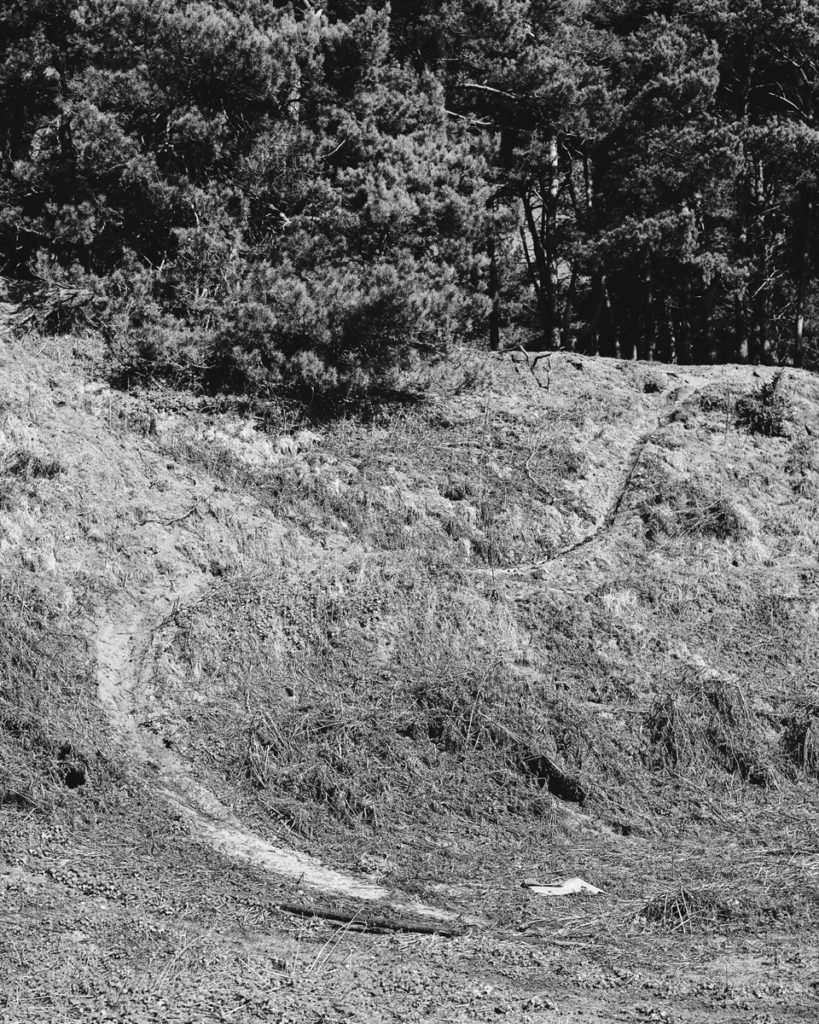 When was the first time you became aware of photography? How old were you?

I had never really taken a photograph before I was 16, until I took up A level photograph in my secondary school. I knew that my mother had done some photography when she was in her early 20’s and I had seen some of the black and white prints around the house. But as far as decision making goes it was a completely intuitive choice, which I am so glad that I made. 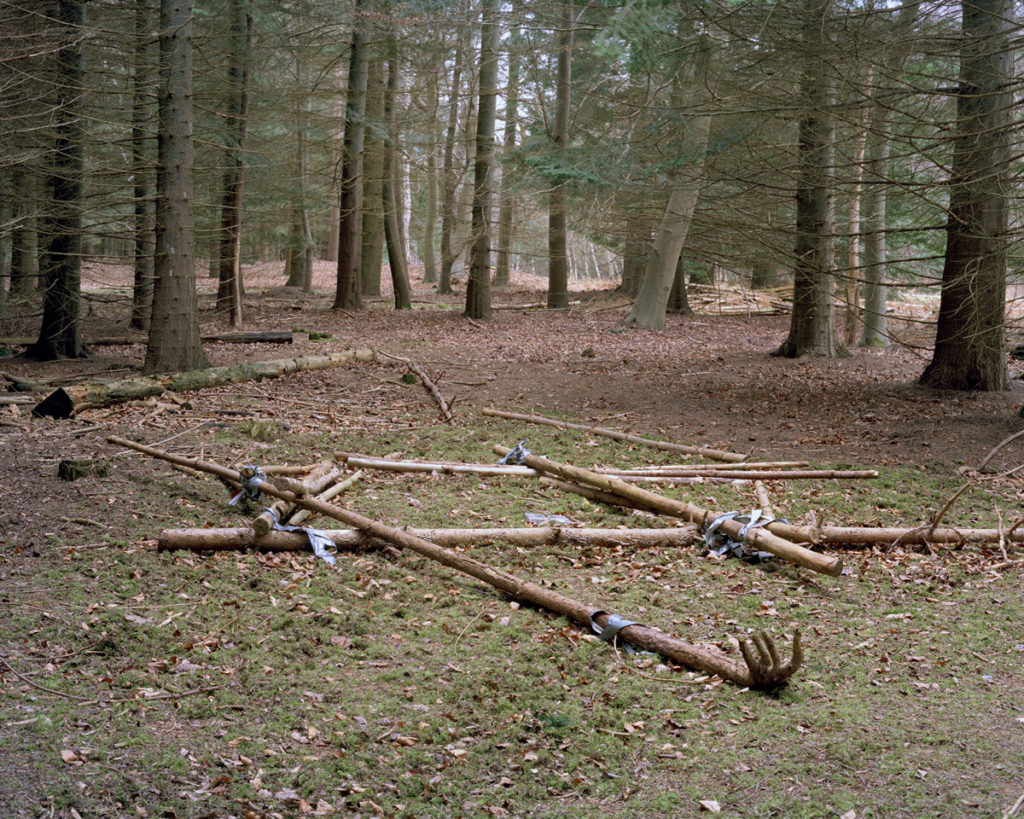 What is the primary reason you became a photographer? When did you decide to become one?

When school came to an end and I had finished my two years of A levels, my passion for photography had fully developed. By this point I had won the John Downton award with a photograph from my final piece, which provoked a more serious approach to the practice for me. Photography classes were the first thing I paid attention to in school and took seriously. I actually enjoyed pursuing projects inside school and outside in my own time, which was a very unfamiliar thing to me, given that I was renowned for my bad concentration levels.

The day before handing in my UCAS for university applications, I was about to chose business management, in a kind of disoriented panic as I had no idea what I wanted to do. A friend of mine (Michelle Wong) insisted that I should do photography, and I just decided then and there that it was what I wanted to study at university and I’ve never looked back, and I’m so thankful I chose this path because I know I would have not enjoyed having photography on the side, it needed to be my primary focus.

These days the main thing that motivates me would have to going to new places and discovering new things and areas. A lot of my photographic practice revolves around particular areas and objects. I become infatuated with new things, and for a few weeks or months will pursue that until I eventually become disinterested and move onto the next thing. But I usually discover this new obsession when I’m involved in the previous one, which is always when I’m out and about, and that pushes me to strive for the next thing. 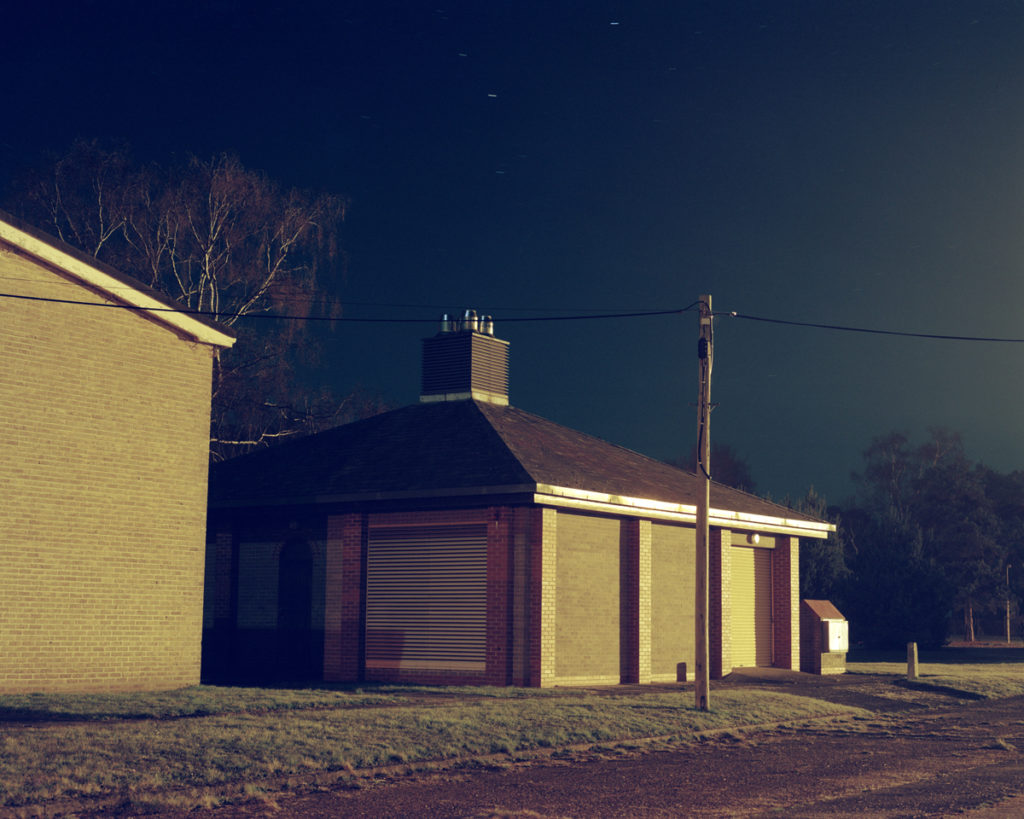 How did you learn to become a photographer?

It wasn’t until I went to uni that I began to understand the art side of photography, and from that point on I think my view on photography changed completely and I saw it in a different light. It was around then that I began to understand works that I previously had not been able to, and I began absorbing inspiration from various photobooks by Thomas Struth, Steven Shore, Paul Graham, Edward Burtynsky, Alec Soth, William Eggleston and Joel Sternfeld. A huge part of my learning was also from close friends that I met on my course. Witnessing their work changing and developing over the three years was inspiring. Seeing so many different types of photography and approaches to the practice allowed me to see it from various perspectives and pushed me to try similar things. 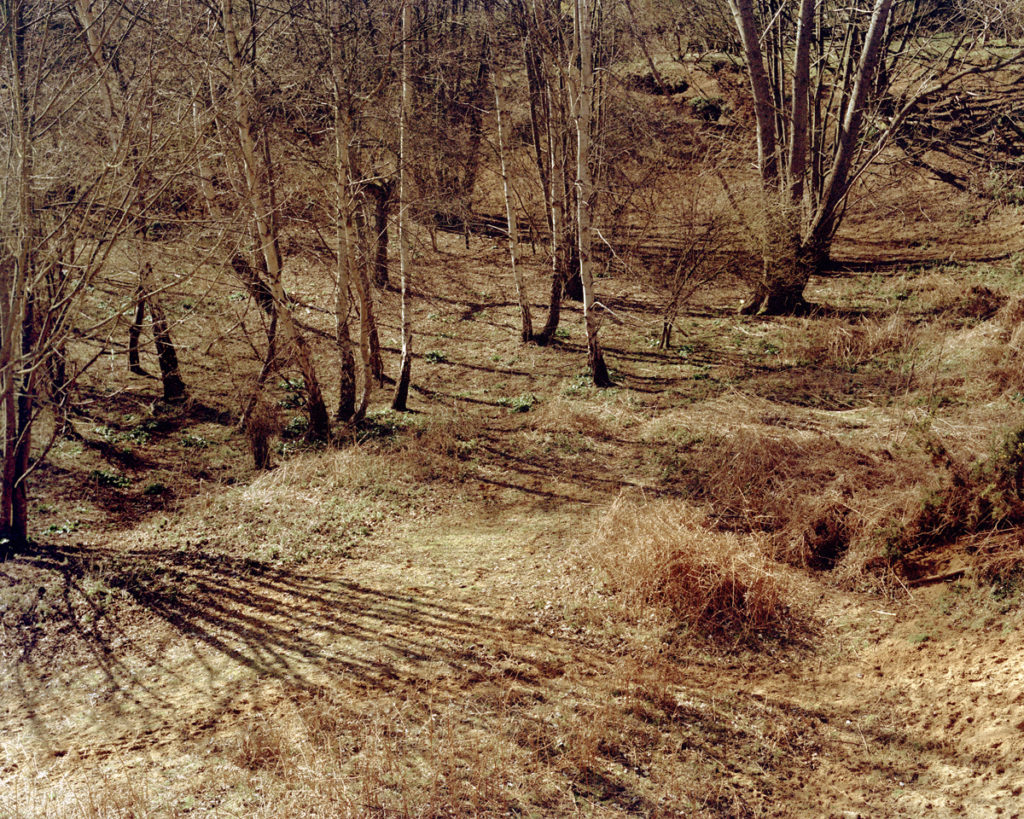 What are the common themes, subjects or concerns that run through all your work?

I recognise that the word uncanny saturates the field of photography, and I feel that it is overused and has lost some of its value. Regardless, I still feel that this is what I strive for as a photographer, trying to understand the strange and the uncanny. I often focus on very mundane things which I find come across as slightly weird, and feel the urge to photograph and then magnify that weirdness to the viewer.

Can you describe what you’re looking for in a photograph – are there any particular aesthetic concerns, or are you purely led by your engagement with your subjects?

Objects that take on anthropomorphic shapes or characteristics, strangely lit scenes and perspective shifts are the primary features I look for in a photograph. Being primarily a colour photographer, the colours in the photograph become very important to the overall aesthetic. I find that the colours influence the viewer in a way that helps them understand the mood of the photograph, just as the dark and light tones do in a black and white photograph. 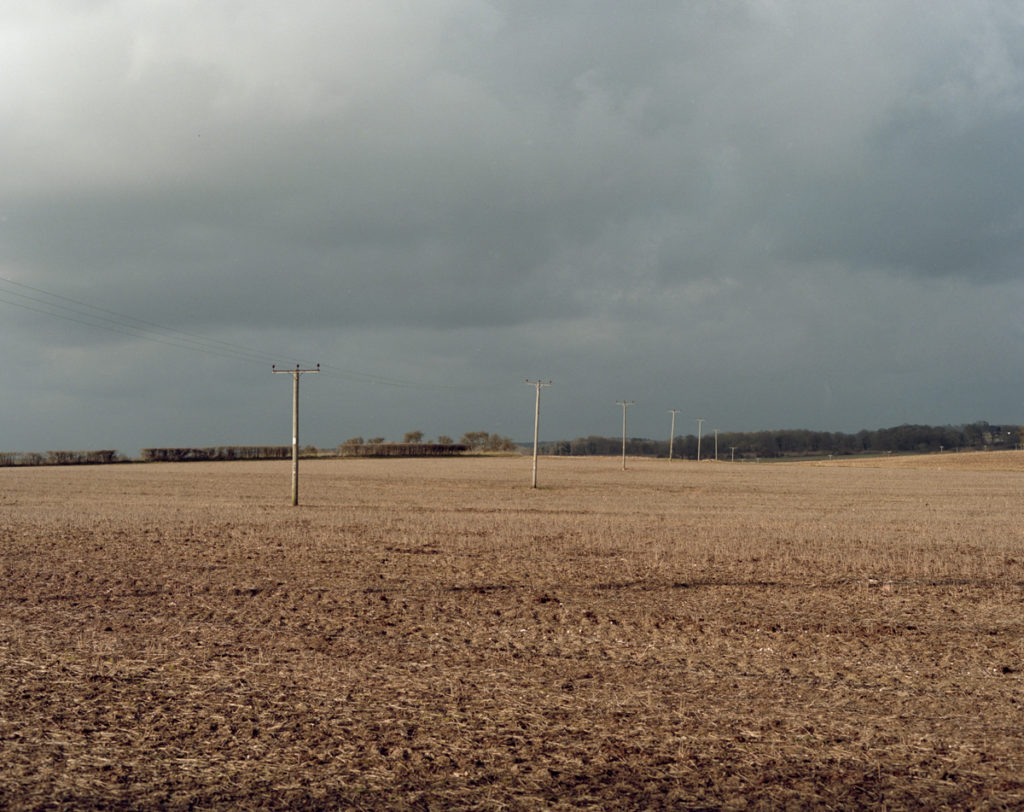 I used to work on a farm in Kent when I was a teenager, and it involved mostly shovelling cow manure around. I actually once got directly crapped on while trying to herd the cows into a pen. As crappy as it was, I did get to work outside a lot in the sun which made it worthwhile.

My favourite photographer would have to be Alec Soth. His landscapes and portraits capture a mood which I aim to replicate in my work. On an emotional level I find his photographs highly evocative; on a technical level I find the way he combines portraits and landscapes to tell a story to be something I strive for. 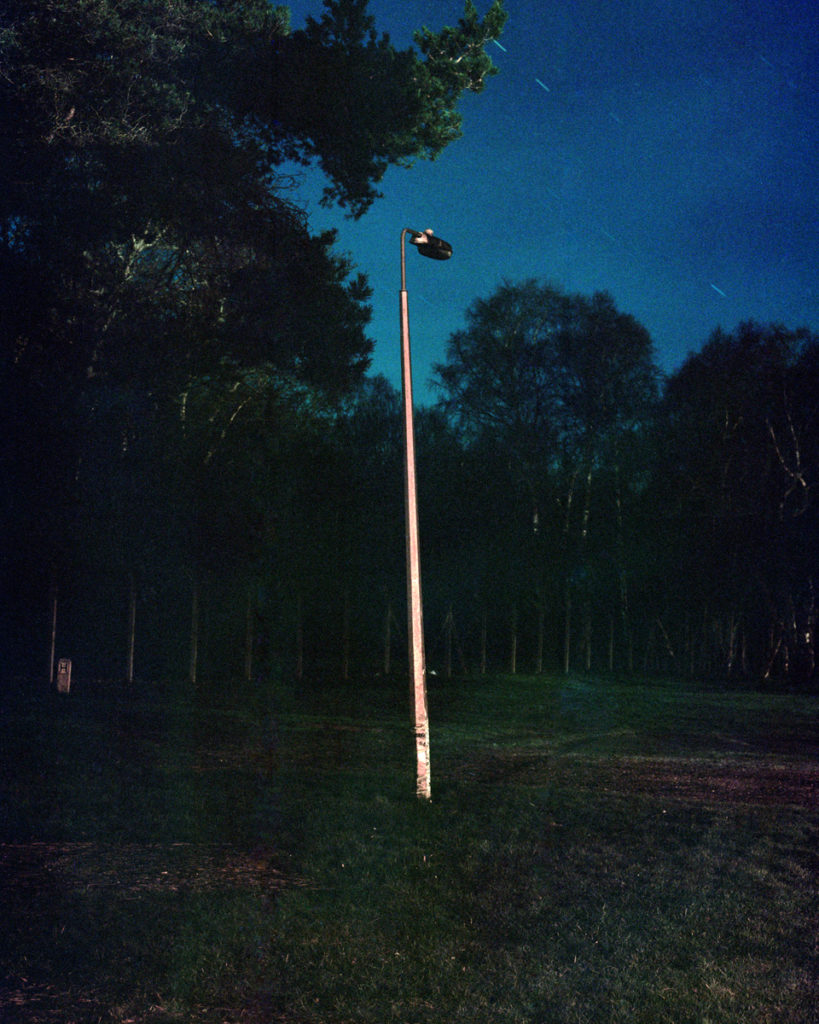 What’s the best image you’ve ever taken? What was the scenario, and why do you like it?

My favourite image is a group portrait of a bunch of workmen in Dharamsala, India. At first they didn’t want me to take their portrait but after talking with them for a while, I convinced them I wasn’t just some tourist trying to exploit them. And the image tells this story, the one man who did not want his photograph taken has that same expression across his face, whilst each of the other mens faces show their unique personality and comfortability with the photograph.

The photograph I never took was actually a photo I did take, but due to a problem with the film, it never came out. It was another one from India and was taken in a half built building which had begun to decay. It was on the outskirts of Dharmsala, India where we arrived on the bus. A group of taxi drivers were playing an illegal game of poker with a singular light bulb above them on the fourth floor. To one edge of the room was a sheer drop leading to the valley which was shrouded in mist and the rest of the room was decaying walls. It was a group of about 8 sitting round a circle of cards, just slightly illuminated by the faint glow from the bulb above. A few of the men stood a few feet away from the circle,in the shadows. I had convince them to allow me to take just one single photo and then i would leave. I couldn’t believe how cinematic it looked, like a movie set straight out of a Tarantino film. 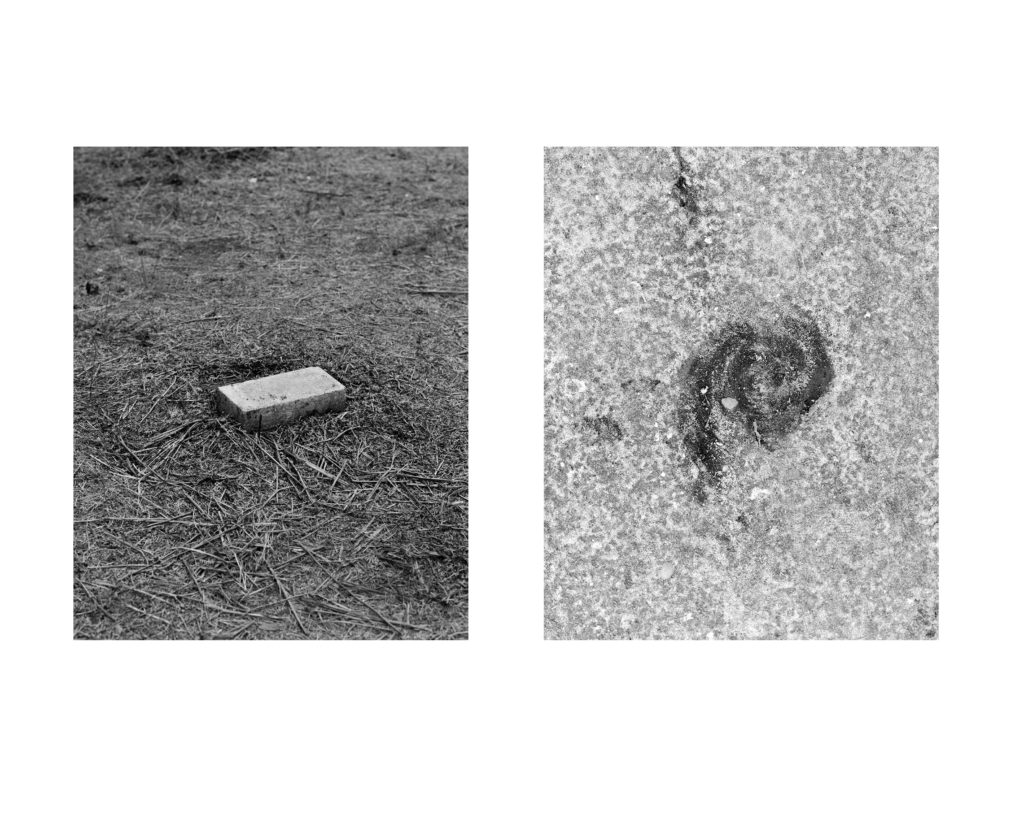 The one photograph you’d save in a nuclear apocalypse – your own, or someone elses?

Joel Sternfelds ‘Exhausted Renegade Elephant’. This photograph is a moment which seems staged, and can be argued whether or not it was. But that only adds more to the image, to question the authenticity. The image takes on a painterly characteristic, the control of scene and the impossibility of being there at such a precise moment which seems so rare. The photograph reminds us of these absurd and magical moments which exist and break up the mundane. The story is untold through the image, the fate of the elephant is not apparent and you are left in a state of limbo questioning the scene.

What’s your message to your younger self, in the moment they decided to be a photographer?

I don’t think i would give my younger self a message if I could go back. Because as my path was so arbitrary and instinctive, I feel it had to take it’s own course for me to have ended up where I am. Any force or pressure on my decisions at the time could have been enough to make me doubt my choices and hinder my unadulterated passion for photography.